We do not give or sell your email address to anyone else, so you will not get spam mail subscribing to Bull Headed Bear. We hate spam mail as much as you!

Last month I explained the Bull Headed Bear Portfolio formally split into 3 separate portfolios. This is to enable me to better manage the goals of each one and the risk that comes with it. This was done due to adding too much speculative exposure to the overall portfolio in February. As it turns out, this month it has been the speculative stocks that have supported the rest of the portfolios.

May has been a crazy month for the stock market. Early on the U.S. witnessed their biggest ever jobs report miss. Analysts expected 1,000,000 new jobs added to payrolls, the actual jobs added was 266,000. Considering there are currently labour shortages across America this was a big surprise. It is believed that the US government have been overfunding people throughout the pandemic resulting in people delaying their return to work. This is also fuelling inflation fears.

The following week saw a cyber-attack causing the shut down of a major fuel pipeline in America. This sent a ripple through the markets as people tried to comprehend its impact. The pipeline was down for several days and prior to it being back in online the US consumer price data was released. This data showed a bigger than expected price increases in consumer products showing further signs of inflation. Tech stocks and other blue chip stocks started to sell off. The UK inflation figures also showed a 1.5% increase later in the month adding to the sell-offs.

To finish off a busy month, cryptocurrencies sold off big! 19th May saw the start with Bitcoin dropping 25% in one day. This sell-off continued and Bitcoin, along with most other crypto currencies, dropped around 40% by the end of the month.

Major news for AT&T (T) was announced in the middle of May when they confirmed a merger with Discovery. AT&T is the biggest position in the income portfolio therefore this news was important to understand. The merger sees AT&T split their TV media business, which includes Warner Media, and merge it with Discovery. AT&T receive cash to clear their debts and own 70% of the newly formed business. Initially the price rose over 5% pre-market but finished the session almost 3% down. AT&T bought Time Warner for $85b in 2018 and this new deal sees them receive $43b. A lot of people see this as a huge loss, and with a short space of time. The $43b however, does not include the 70% ownership of the new company. The stock dropped a further 8% during the following two days as AT&T also announced a reduction of its dividend. This reduction means they lose their “dividend aristocrat” status which is a key reason many investors own it in their portfolio.

I have decided not to sell my shares and to hold on. AT&T can now clear some debt and focus on their telecom business which includes significant focus on 5G. Performing poorly in the media business, this is now in the hands of Discovery who have a worldwide presence and know how to deliver. In my opinion, this move makes perfect sense and has potential to work out well. The dividend yield have been over 7% for a while so the reduction will still deliver higher than average yield.

It has been a quiet month regarding trades with only a small purchase of Intel shares increasing the current holding. The stock price dropped to a support range at $53 on 12th May so I increased my position slightly.

The growth stocks struggled this month with the portfolio finishing down 3.9%. Year to date it is still in the green at +2.7%. However, another bad month could send this into the red.

Alibaba Group Holdings ltd is the biggest holding in the growth portfolio and finished the month down 7%. Amazon.com inc. (-7%), Boohoo Group plc. (-6%), Apple inc. (-5%) and Walt Disney Co. (-4%) all contributed to a disappointing month. Nokia Corp. (+10%) continued its recent good run helping to reduce the damage. Pan African Resources plc. finished up 27% which is positive but unfortunately it is one of the smaller positions in the portfolio.

I have been expressing my concern with the risk that comes with holding Alibaba recently. This month I completed some research on funds that hold Chinese growth stock and a big position in Alibaba. I narrowed the search down to the Baillie Gifford China – Class B Accumulation fund. I opened a new position in this fund this month with Hargreaves Lansdown. See further details on my Alibaba concerns and the fund research here.

The speculative portfolio continues to be a drag on the overall performance. That said, this month it finished 10.5% up. It was just as volatile as usual with some big drops: QuantumScape corp. (-29%), Workhorse Group inc. (-24%), Mirriad Advertising plc. (-19%) and Argo Blockchain plc. (-17%). Fortunately, Nikola corp. (+29%) and Virgin Galactic Holdings inc. (+41%) along with a few others saved the month.

I made a calculated decision that if the flight failed the drop in price would be much smaller than the rise from a successful flight. Fortunately, it was a success and the stock price rallied. I managed to start selling the old position for twice as much as I bought it in my ISA and therefore banked some profits.

This month I added a small amount of addition shares to the Intel holding. I am a fan of the size and cash flow of Intel and believe they will deliver over the long run. They have some work to do to safeguard their position and prevent competition taking too much market share. I have written about Intel in several portfolio updates over the last couple of years as I have been building the position so feel free to read through them for more details.

Intel has been pulling back recently and had reached a strong support zone as well as the 200 day moving average:

Finbox models show the stock to be undervalued, confirming my opinion and decision to buy more.

As mentioned above I have wanted to transition my Virgin Galactic shares into my ISA for a while. On the 12th May the price reached a strong support zone that had been respected many times previously. I felt confident in this being a good time to buy the shares in my ISA.

I will be closely monitoring the economic data and how the markets react this month. There are mixed messages coming from the experts where some are expecting markets to rally as places like the UK and US open their economies. Others are concerned about inflation and forecast further pull backs of up to 20%. Should there be a significant pullback, I hope to take advantage of any opportunities.

All in one investor’s toolbox. Portfolio management, screening, fundamentals & charts. 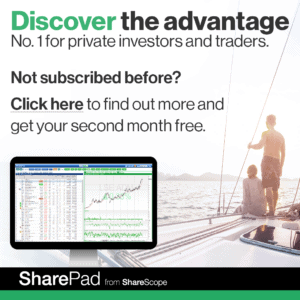 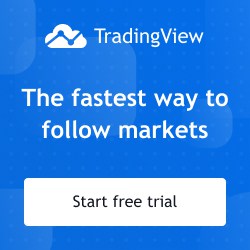 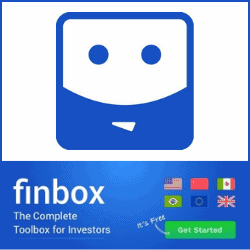 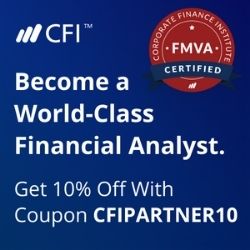 All opinions expressed are my own and should not be viewed as investment advice. All investments involve risk and investors can get back less than they invested. I am not a financial advisor and your investments are solely your own responsibility. It is critical you do your own research and come to your own conclusions. You should consider seeking advice from a professional financial or investment advisor.